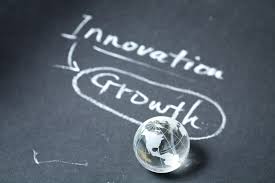 After getting your house in order it is time to move from ideation to the NPD processes.  The third step in Robert’s Rules of Innovation addresses New Product Development.

This process is defined as the complete cycle of creating and bringing a new product to fruition – from idea creation to product sale; from concept to launch.

Electrolux, a Swedish Appliance Company is the second largest global appliance supplier behind Whirlpool.  The company sells products branded as Frigidaire, Molteni, and AEG and their Grand Cuisine Line offers high-end kitchen appliances.  Carol Matlack from BusinessWeek.com provides some insight into Electrolux’s transition from “being a capital-intensive organization to trying to be a talent-intensive organization”.

“What is the most unpleasant thing about vacuuming? Swedish appliance maker Electrolux (ELUXA:SS) has a lot riding on the answer. So two years ago the company’s market researchers spent hours in homes in Australia, France, and Russia, watching and asking questions as people vacuumed, then cataloging the ‘pain points.’”

Ask yourself when is the last time you used your product or service? Many Innovations, product and service improvements can originate from this effort. Look for product improvements, easier assembly, better packing, a better service experience…

The answer to both fuels new ideas.

“Bagless vacuum cleaners are rapidly gaining market share globally, and Electrolux wanted to introduce a model that would stand out from competitors such as Dyson and Hoover.”

Electrolux asked several customers what they felt were the most annoying things about vacuuming.  Their researchers then spent hours observing homeowners vacuuming their carpets and recording their findings.  These briefs were then turned over to designers for modification ideas.

“The company tests potential [UltraCaptic] designs with focus groups. Anything with a less than 70 percent approval rating is deemed not ready for prime time.”

The UltraCaptic design was originally a modification to an existing vacuum created by research and development after studying some of the unsavory characteristics of existing vacuums.

“The R&D side of the triangle weighed in next, assessing the pros and cons of different approaches. For example, a motorized compactor would be more powerful than a manual piston, but would be more expensive and require batteries. In the end, the manual compressor won.”

R&D became involved in the new product development process only after two rounds of focus groups were conducted with potential consumers.  The first priority of the company was to find out what customers wanted in a vacuum.

Innovation should not be just R&D’s responsibility; all should be involved from customer, to sales, finance, customer service and operations.

“The company tests potential designs with focus groups. Anything with a less than 70 percent approval rating is deemed not ready for prime time.”

Electrolux went through three separate rounds of focus groups: one before design and two after initial designs to ensure the UltraCaptic was a vacuum cleaner that consumers wanted.

“Before settling on a final design, Electrolux convened additional focus groups to review the alternatives, pitting them against models offered by rival companies, with brand names concealed. The 70 percent rule was applied at each stage.”

Design variations were made and compared to existing products from competitors.

“Their findings led Electrolux to develop a bagless vacuum cleaner, the UltraCaptic, which compresses dust into a spongy pellet, eliminating flyaway particles when the machine is emptied.”

The UltraCaptic was a vacuum that was created because of several “pain points” reported and observed when consumers would vacuum their carpet.  This was a product created by the generation of an idea in Step 1.

“With its transparent dust collection chamber and colorful molded plastic trim, the UltraCaptic looks pretty similar to some Dyson models. In Europe it sells in the $400-$450 price range, slightly less than Dyson. However, it carries a $700 price tag in the U.S., where it went on sale in late October. The U.S. model costs more because it includes a motorized carpet nozzle, a feature American consumers prefer, an Electrolux spokesman says.”

Different consumer groups desired different features which led to a lower price than competitor, Dyson in Europe but a higher price in the U.S.

Two years ago, Electrolux created an “innovation triangle,” which brought together the design, research and development, and marketing departments to combine their efforts to make decisions on any new products. “Launch and Leave” no longer works in todays diverse business environment. Without handover between teams, your project is almost guaranteed to fail.

In the UltraCaptic example, the design team assists with generating ideas, screening ideas and testing a new product concept.  Research and Development steps in for Business Analytics, Marketability Tests and Technicalities.  The Marketing and Sales department completes New Product development with commercialization, post launch review and perfect pricing.  It is a win-win situation for the entire company.